The act of sketching for Karam is a lifelong, almost instinctive practice; not only a tool to express/approach the self and the other, but also to comprehend and configure a relation to personal and external realities. Karam’s work on paper is thus the foundation from which his paintings, sculptures and public art emerge and expand.
‘’For me, says Karam, the creative process is basically a manifestation of the inquisitive mind and human condition through stories, memories and identities, starting always with the stroke of a pencil. Although constantly in doubt, I have the certainty that it is about creating, not destroying. Sometimes, it feels like we are working against the tide, but it just needs persistence; this optimistic act of sketching.’’

These early works echo Karam’s research interests and artistic approach that
would ultimately form the backbone of his creative output. They revolve around several axes, namely the continuous need to find creative responses to harsh realities, the everlasting configurations of identity and the complex relation of the self to the other.

Amplified by the artist’s response to geohistorical contexts- his Middle Eastern identity and Japanese influences, his exile and his travels- his work tends to create multiverses that co-exist.
‘’I had been immersed in the philosophy and aesthetics of Japanese architecture while never being able to forget the worsening sectarian violence in Lebanon, in the other extreme of Asia.’’ 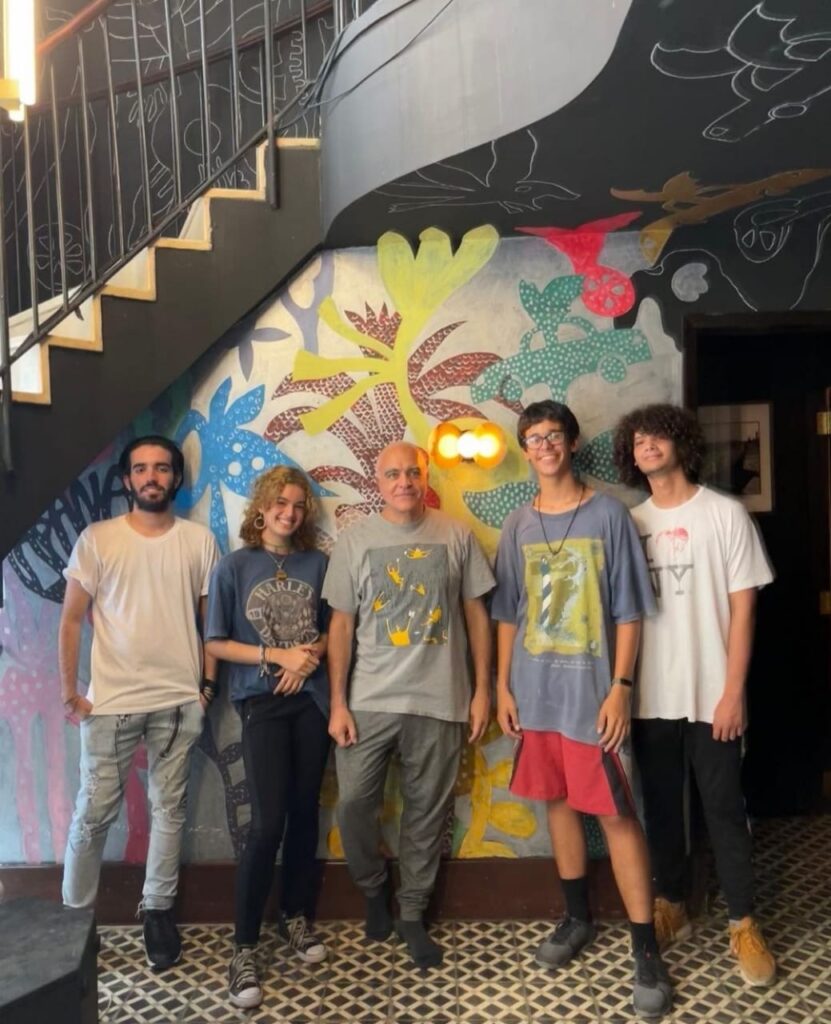 Starting at the end of August 2022, the most recent participatory project of Nadim Karam is currently taking place in Cuba, Havana at Fajoma La Habana pub.